has taken a close look at our Passwordless authentication
solution. See what they have to say about it in their new brief. 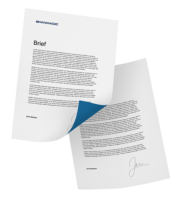 Passwords are hard to remember, annoying to type in and generally easy to defeat. WinMagic has developed its own “passwordless” offering called MagicEndpoint, which leverages the company’s DNA in full-disk encryption. It aims to deliver what it refers to as “zero factor” authentication that completely eliminates passwords.

Passwordless authentication based on public key cryptography is a logical extension for an encryption and authentication vendor. The move into passwordless should also provide an opportunity to tap into new growth markets compared with its core laptop and file encryption markets, which are fairly mature. However, encryption likely still accounts for the vast majority of WinMagic’s revenue. Thus, its primary challenge will be to overcome market perception of the company as primarily a full-disk encryption (FDE) vendor, in order to compete with an increasingly crowded field of both legacy and emerging passwordless authentication contenders